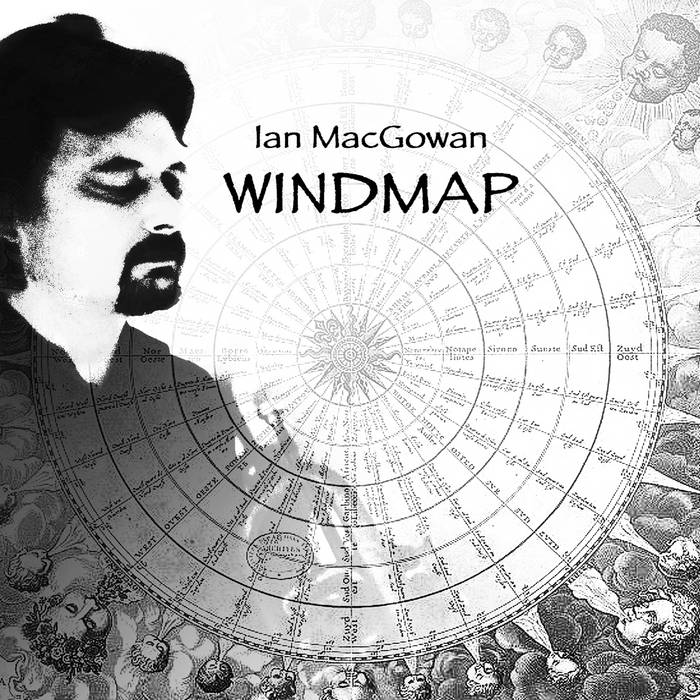 Windmap is a series of improvisations recorded at the musician's home - a bravura performance in which MacGowan runs the instrument through a an amazing sequence of techniques exploring every aspect of the possibilities of sound production - from virtuosic upper register flurries with mute, extreme lower register rumbles and breathtaking leaps through passages of extended technique and vocalisations. "Windmap"is the sound of creativity happening before your ears.

Edited and Mastered by Richard Sanderson

Ian MacGowan has been playing improvised music since arriving from Dublin in 1990 and has collaborated with Paul Rutherford, John Stevens, Lol Coxhill and Eddie Prévost among others. He helped to institute the London Improvisers Orchestra in 1998 with Steve Beresford and Evan Parker after the Butch Morris London Skyscraper tour, and also founded The Gathering with Maggie Nichols.

In 2000 he recorded his second CD as a leader, Daybreak, with Derek Bailey, Veryan Weston, Gail Brand and Oren Marshall. Into the twenty-first century, as well as regularly playing with UK and Irish improvisers, he has also performed with Wadada Leo Smith, Greg Tate’s Burnt Sugar Arkestra, guitarists Han-earl Park and Reeves Gabrels, the Poet and Detroit legend John Sinclair, and New York based drummer Harris Eisenstadt. He has recently collaborated with drummer G Calvin Weston and has been featured on a version of John Zorn’s gamepiece Rugby which will be released by Tzadik.

MacGowan.. “is now a significant figure on the Emanem axis of British improvisers, a formidable technician and a profoundly intuitive music maker, with the ability to deliver exactly the right sound, or very often the right sonic texture, at the psychological moment.” (Brian Morton, Point of Departure)

MacGowan’s.. “style has the free-form panache of a Wadada Leo Smith or Joe McPhee, but his experience of other musics is never too far from the surface. Some of his gestures seem to derive from earlier forms of jazz, and there are moments of harmonic directness that you could put chord symbols under. But it has all been thoughtfully moulded into a highly convincing and distinctive language.” (Philip Clark, JazzReview)

"A set of solo improvisations, on trumpet and flugelhorn from Ian MacGowan....These are ethereal, cloud-like wriggle and explorations, seemingly full of Brownian motion as they skip and float in the air.

There’s a nod to jazz for sure here, with some of the more breathy melodies, with tracks like Zonda and Sundowner resembling the modal less-is-more Miles Davis vibe that we all love.

MacGowan stops short of anything too stylishly derivative though, veering into a parched, abstract technique on pieces such Squamish and Libeccio that are beautiful in their simplicity and purity.

It is perhaps rewarding to listen to these short, focused pieces, recorded at MacGowan’s home, as components of a whole, a single organic exploration that seems to spiral ever upwards towards ionosphere (the album is title Windmap, after all) before dispersing, like a dandelion clock, blown away on the breeze, ready to sprout into life again in an ongoing cycle of death and rebirth."
Paul Margree - "We Need No Swords"
weneednoswords.wordpress.com/2014/12/05/two-from-two/