Until I Learn the Language of Vegetable Mineral 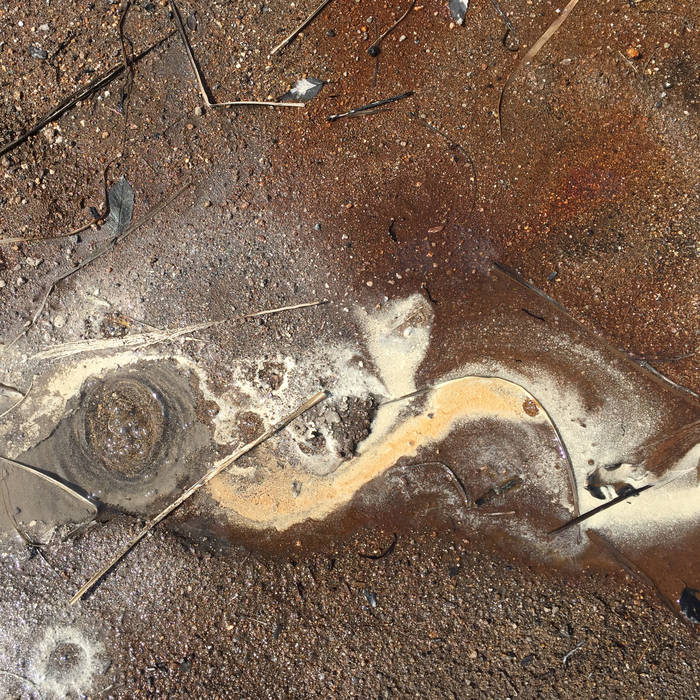 A brand new collection of songs by Viv Corringham - away from the more familiar experiments and improvations these are real songs with words, all sung in Viv's extraordinary voice. Using minimalist backings comprised of field recordings or her own looped or multitrackedvoice, these short pieces feel like bizarre diary entries brought to life- unusual and affecting.
Viv Corringham is a UK vocalist currently living and working in New York, she has worked with a bewildering number of musicians in a wide range of styles ranging from free improvisation to rembetika.
"Until I Learn the Language of Vegetable Mineral" is a wonderful album from one of the most unique and often astonishing voices in modern music.

"Viv Corringham’s previous outing on Linear Obsessional, 2013’s ‘Gum + Butts’, was a wonderful and strange odyssey. Corringham recorded live improvisations at various sites across London – Borough Market, Tate Modern, Kings Cross station, etc – often in the open air, surrounded by the hustle and bustle of everyday life. This combination of locational specificity and weird utterance gave ‘Gums + Butts’ a startling and refreshing quality, as if a quizzical alien tourist were trudging around the capital beaming sonic postcards back to its brethren across the galaxy.

Field recordings were central to ‘Gum + Butts’, and they also make an appearance on ‘Until I Learn the Language of Vegetable Mineral’, often working in combination with subtle electronics and processed voices to provide fuzzy, soft-edged backdrops for Corringham’s vocal explorations. ‘Leaving By The Small Door’ sets drowsy insectoid buzzing and birdsong against an unsettling mantra whose echoes hang in the air like smoke. “We’re leaving by the small door … our story unfinished … nobody left remembers the beginning anyway”. Imagine H.G Wells’ ‘The Door In The Wall’ as a despatch from the other side of the brickwork.

‘Until I Learn the Language of Vegetable Mineral’ contains, as the release notes tell us, ‘real songs, with words’. This is …. fine, I guess, although anyone who’s listened to commercial radio recently will tell you that ‘real songs with words’ aren’t necessarily all they’re cracked up to be. Nevertheless, Corringham’s embrace of the form is compelling, her vocals floating in deft, almost folkish melodies above the hiss and swirl as her lyrics pile up streams of imagistic impressions. ‘In The Skyways of Minneapolis’ starts as a roving travelogue, Corringham cruising like a surveillance drone above the landscape, before shifting into a stern, eery register. “Unwritten, cold, betray thee outsider … I look out of windows … I try to decide which direction to walk … None of this behaviour is normal,” she croons, like Annette Peacock teleported into an Arthur Machen story while a warped choir moans and gurgles behind her.

Corringham’s extended vocal techniques, manipulated and fragmented with typically excellent post-production, give the nine compositions on ‘Until I Learn the Language of Vegetable Mineral’ a feverish, almost tormented quality, as if she were constantly surrounded hissing armies of the unquiet dead. In ‘Rising’ she’s corralled these spectres into a harmonious group, a deathly barber-shop quartet caged in her hard drive to add elegant accompaniment to this sparse eco-lament. Their blissful hoots are a poignant farewell before everything is swamped in digital debris, vestigial echoes of humanity finally swept away by Anthropocene floods.
-Paul Margree, We Need No Swords weneednoswords.wordpress.com/2019/04/04/viv-corringham-until-i-learn-the-language-of-animal-or-mineral/

"For the past 40 years this British-born US-based singer has been cutting her own distinctive path as a singer and vocalist ranging across free improvisation, Greek rembetika, Turkish folk and other styles of music, often combined with environmental field recordings made during solo walks. Her discography both solo and in collaboration with others is rather daunting for someone like me who has only just heard of her very recently but this most recent recording, minimal in style and based entirely around her voice, is an excellent introduction into her work and approach to music, vocalising and recording. For all the experimentation Corringham does here with her voice, the tracks are very song-like with her manipulation of her vocals, the field recordings and minimal electronics providing the musical backing. There is as much spoken-voice poetry as there is singing or vocalising, and the subject matter can vary from ranting about contemporary social and political issues to observations of the mundane, to what appear to be messages and warnings to humanity received telepathically from beings in another dimension.

Corringham’s manipulation of the base material and her own vocalisations is limited in the main to repetition, the use of multi-tracking of her vocals, reverb and moulding the sounds into song formats with the result that the entire recording is actually easy to listen to, in spite of all the strange things going on, and Corringham’s voice across the recording is natural, never distorted. On one track, “In the Skyways of Minneapolis”, Corringham seems to be observing the bustling activities of shoppers in malls and of children shouting in playgrounds while she keens and chants softly. “Leaving by the Small Door” has the feel of a spirit fading away until only its voice remains while birds chirp unconcernedly, bees buzz and droning voices mope in the background.

All tracks are even in tone with very little drama and seem like observations of human life from the point of view of an unassuming alien being who can’t help but feel some empathy for the strange biped creatures and their fellow Earthlings preoccupied with the business of survival on a planet beset by problems and crises not of its own making but of its human inhabitants. While there’s not much Sturm und Drang, in their own way the tracks can be quite emotional, even a bit chilling at times, and each succeeding piece reveals another stunning aspect of Corringham’s vocal gymnastics. This is a work that deserves to be on most people’s music-listening bucket lists."
Nausika - The Sound Projector
www.thesoundprojector.com/2019/07/08/until-i-learn-the-language-of-vegetable-mineral/