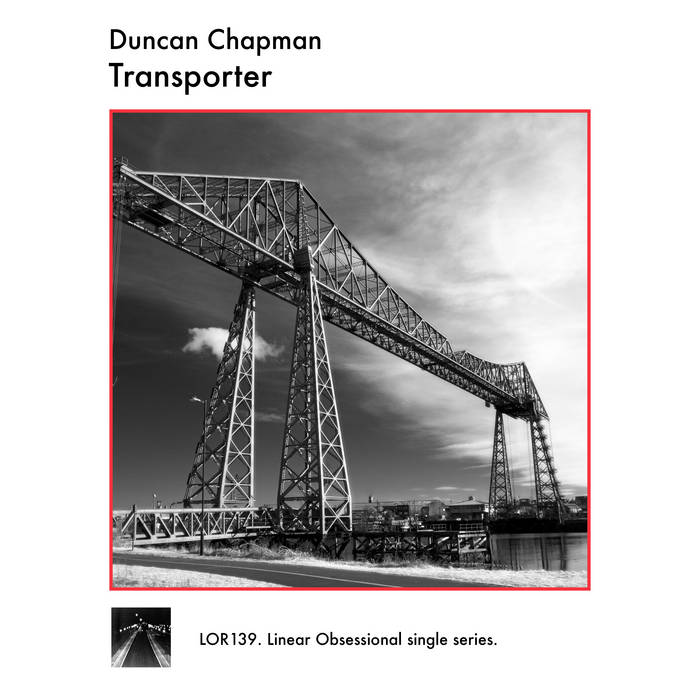 Downloads of 7" single duration, with A and B sides and cover, sold at a classic 7" price.
No music.
Curated by David Little and Richard Sanderson

The Tees Transporter Bridge, often referred to as the Middlesbrough Transporter Bridge, is the furthest downstream bridge across the River Tees, England. It connects Middlesbrough, on the south bank, to Port Clarence, on the north bank. It is a transporter bridge, carrying a travelling 'car', or 'gondola', suspended from the bridge, across the river in 90 seconds. The gondola can carry 200 people, 9 cars, or 6 cars and one minibus.Locally, the bridge is often referred to simply as 'the Transporter'.
It was opened in 1911.
The Tees Transporter Bridge has an overall length (including cantilevers) of 851 feet (259 m), leaving a span between the centres of the towers of 590 feet (180 m), the beam of the bridge being carried at a height of 160 feet (49 m) above the road. The bridge is the longest remaining transporter bridge in the world.

The original recordings were made as part of a Manasamitra performance at Middlesbrough Town Hall, with Supriya Nagarajan, James Cave and Lucy Nolan.
www.manasamitra.com