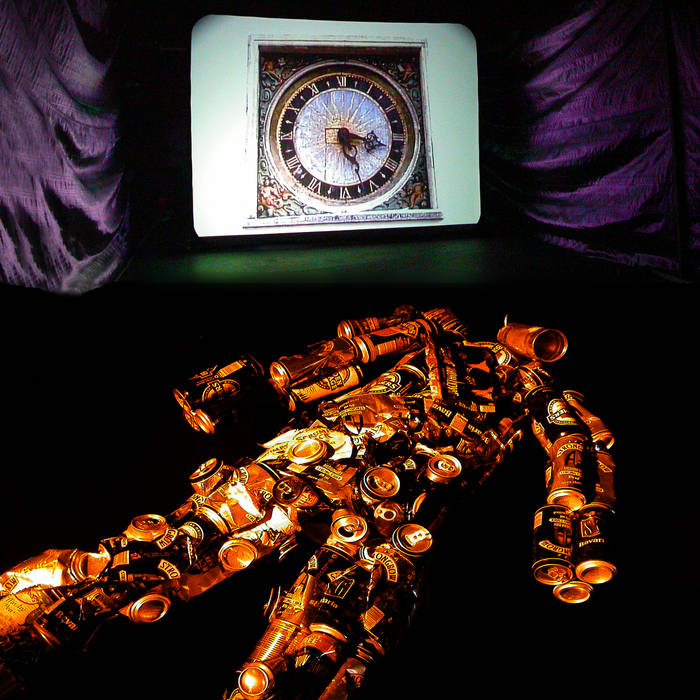 Linear Obsessional is delighted to present the first of two EPs by the extraordinary Irish composer Daniel Figgis.

2020 has seen a flurry of relatively under the radar releases, including work with his 9 year old son and a necessary trawl through the archives, including the music on these 2 EPs.

THE TIN GOD features five tracks, moving from the sun-coming-out optimism of the opening track (with a sound world recognisably adjacent to "Skipper") to the wobbly, ecstatic "please be me" (featuring Van Der Graaf Generator's David Jackson), the delightful miniature "fail better" and the title track - a deep dive into piano, along with DOPPLER: a complex puzzle derived from his sound installation at London's Beaconsfield Gallery, initiating their storied Soundtrap series.

Both EPs interrogate a distillation of Figgis' archival work.

THE TIN GOD is released as a limited edition in the Linear Obsessional cassette imprint (design by David Little) with download coupon, and as a download. Both downloads come with a PDF of text, images and further information.

All tracks by Daniel Figgis, except "please be me" (Figgis/Jackson)

"‘Having spent well over a decade concentrating on staging big conceptual performance pieces, Daniel Figgis has mysteriously and suddenly started dropping little trails of previously unheard material, some completely brand new and some apparently liberated without warning from the vaults. His appeal lies in the way he blurs boundaries between the organic and the synthetic, the traditional and the experimental.

Opening track ‘PHOTO-FINISH (with shortcuts)’ harks back to the lushly liquid melodic ooze of his mid-90s Rough Trade classic ‘Skipper’, while ‘please be me’ sounds more like a surreal modern classical fanfare, with added woozy... the title track a sound bed of suspended, tense ambience. We’ve certainly missed his maverick sonics...’