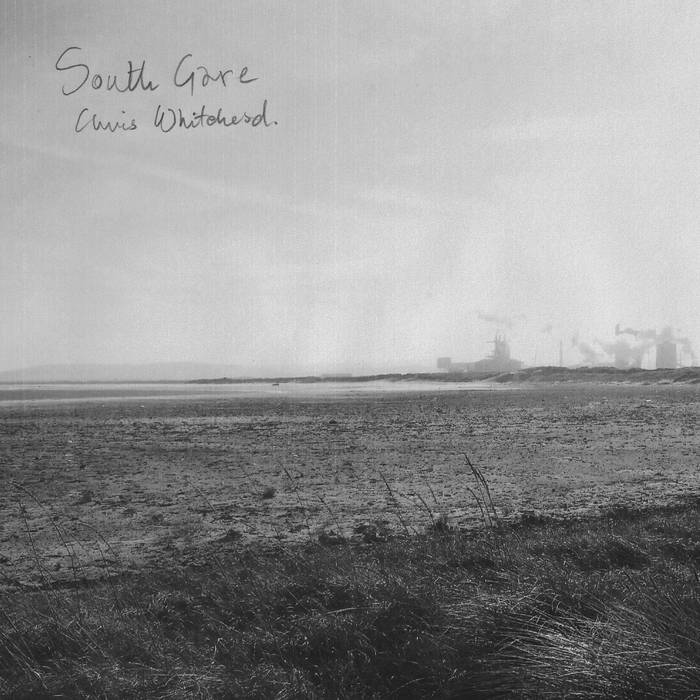 "South Gare is at the southern side of the entrance to the River Tees and is a man made area of reclaimed land constructed largely out of blast furnace slag and concrete.The skyline is dominated by industry, notably the huge Redcar Steelworks, yet the Gare is popular with birdwatchers and walkers. It is an interface where two worlds meet and overlap. There are many layers of resonance.A fascinating place from which to glean sonic raw material."

All sounds recorded March 2012 at South Gare by Chris Whitehead.

REVIEWS-
Chris Whitehead’s latest release South Gare is an examination of the sonic space that exists between the industrial and natural worlds. The title South Gare refers to a north-eastern coastal area in England. Here a gare, breakwater, presides over an area of reclaimed land on the River Tees. This is an area under pressure, where the creatures residing in the sand dunes and mud flats are forced to coexist with the factories nearby. Whitehead describes the division within the landscape as a place where the “skyline is dominated by industry … yet the Gare is popular with birdwatchers and walkers”. It is within this bleak space that Whitehead explores the sonic overlap of the two zones. Listening to the tone of South Gare we are privy to a sense of unease that exists there; the threat of industrial expansion being ever-present.

South Gare is divided into three sections: Dunes, Skeletons, Tides. In each track we hear the juxtaposition, or collision, of natural and industrial sounds. It is to Whitehead’s credit that the sounds never overwhelm each other.

Dunes quickly establishes the overall mood of the release. Listening to the initial sound of wind passing through dune grass we become aware that it also relays sounds from the neighbouring factories. As the track progresses the sounds of coastal birds and waves intermingle with the signals of trucks and other activities from the industrial zone.

In Skeletons Whitehead proceeds to interact with the detritus around him. Following in the tradition of Westerkamp he strikes certain objects, experimenting with their pitch and resonance. The resulting sounds lack reverberation, as if they were played in an area with a limited, or stagnant, atmosphere. The lack of other distinct sounds during this piece accentuates the desolation of the area.

Tides is perhaps the most processed of the three tracks. It is also the track where Whitehead’s environmental concerns become more apparent. Sea-side sounds normally associated with tranquillity, such as the lapping of waves and the call of sea-gulls, are layered with a low steady rumble emanating from the factories. As the track progresses this rumble increases in volume, threatening the natural elements in the field recordings. With the amplification of this industrial drone Whitehead brings us towards his sonic interpretation of an environmental tipping point.

Through the combination of both modified and unmodified field recordings from this region Whitehead has created an unsettling examination of the era in which we live. In South Gare Whitehead utilises sounds from a localised region to illustrate the environmental challenges we now face globally. South Gare‘s collection of sounds, it’s interpretation of the soundscape, and its post-apocalyptic tone resonates with the audience long after it finishes, making it an extremely worthwhile listening experience.
-Jay-Dea Lopez
The Field Reporter - thefieldreporter.wordpress.com/2012/04/13/104/

If you like exceptional Creative Commons music, then you should be listening to Chris Whithead‘s South Gare on the netlabel Linear Obsessional.

Part field recording and part improvisation on found objects, South Gare is what experimental all music should be like. It’s aim, and Whitehead accomplishes this quite well, is not only to provide the listener with something new, but I believe the hidden aim was to push the artist into a music that engages.

The second track best epitomizes the spirit and purpose of South Gare. “Skeleton” is improvisational piece recorded in the field as Whitehead bangs, drums, and scrapes along twisted rebar. It’s disarming to be listening to what is for all intents and purposes a field recording album and then be thrown for this musical loop. But in all experimental music, it is good to be disarmed. For me, I found South Gare not only to be challenging, but, more importantly, inspirational.
- Acts of Silence www.actsofsilence.com/album-review/twisted-field-recordings/