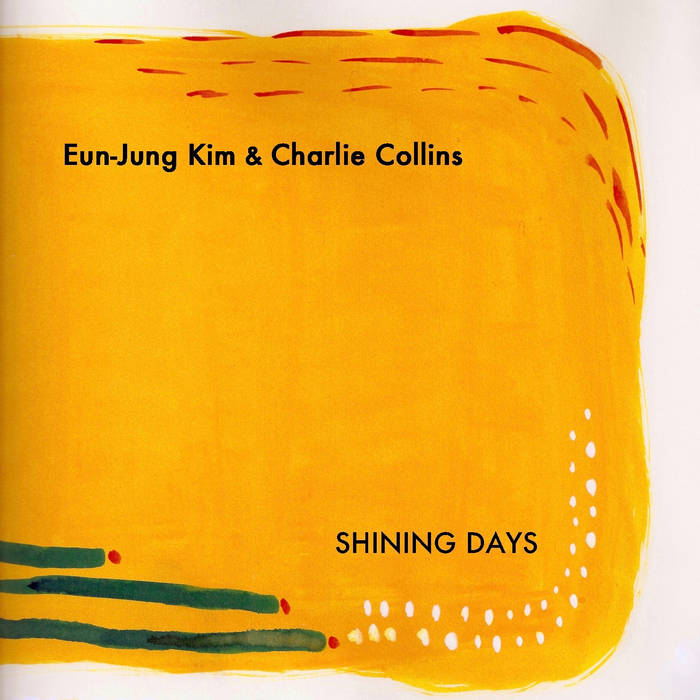 Linear obsessional is delighted to release "Shining Days" a scintilating collection of improvisations for komungo (a traditional Korean stringed instrument) and percussion. These beautifully recorded duos from these unique Sheffield based musicians are spacious and mysterious as their evocative titles.
Eun-Jung Kim is one of the leading exponents of the komungo, the traditional Korean long board zither, while Charlie Collins is known for creating highly original and experimental music in a dizzying variety of contexts. Utilizing both traditional and contemporary techniques they together create an intense acoustic minimalism.

__________________________________
REVIEWS
"A suite of gorgeous, fragile recordings from this Sheffield-based duo, matching the woody twangs of the komungo (a Korean board zither) with various percussion – cymbal, bells, drums – to engaging effect. The pair has been collaborating for a while now, but their familiarity with each other never leeches into complacency. Instead it provides a robust foundation for their explorations, enabling them to get up and running on this live-in-the-studio set with minimal faff and bother. Thus opener ‘City Of Illusion’ heads for the deep end immediately, Kim alternating bass thrums with higher, sarod-like motifs to usher in Collins’ conveyor-belt clomps. The groove is hypnotic, a jerky tin-can robot wiggle, with Kim’s riffs adding hefty, ominous tones.

Improvisation is about divergence as it is unity, of course, and in ‘Garden Of Crying Reeds’ the pair’s prods and jabs seem calculated to shift things out of the comfort zone. Collins’ caffeinated jags always threaten to break away from the gravitational pull of his partner’s plucks and strums, with a galloping harrumph about three-quarters of the way through that’s either triumphant exit or defiant last hurrah. Kim, meanwhile, keeps things nailed down, her well-placed notes supremely unbothered by the preceding flurries. In ‘Cloud’s Edge’, she’s similarly insouciant, upping the vibrato to lay out dreamy, wobbling lines that tip-toe through the bowed cymbal shimmer.

And if ‘Shining Days’ occasionally resembles a shapeshifting cat and mouse prowl in which hunter and hunted constantly exchange roles, by ‘Ever Changing Days’ things have achieved a wary kind of equilibrium. Kim’s low-end throbs and keening pizzacato float like nets across Collins’ restless patters, their swirl aligning briefly in spurts of call-and-response chatter around the halfway mark. Looseness reigns thereafter, the komungo getting jazzier and the percussion sparser, Collins’ hollow knocks and sassy snaps the perfect colouring for Kim’s komungo licks, their proliferation as mysterious as a root system pushing ever downwards though subterranean loam."
Paul Margree - We Need No Swords
weneednoswords.wordpress.com/2019/04/01/eun-jung-kim-charlie-collins-shining-days/