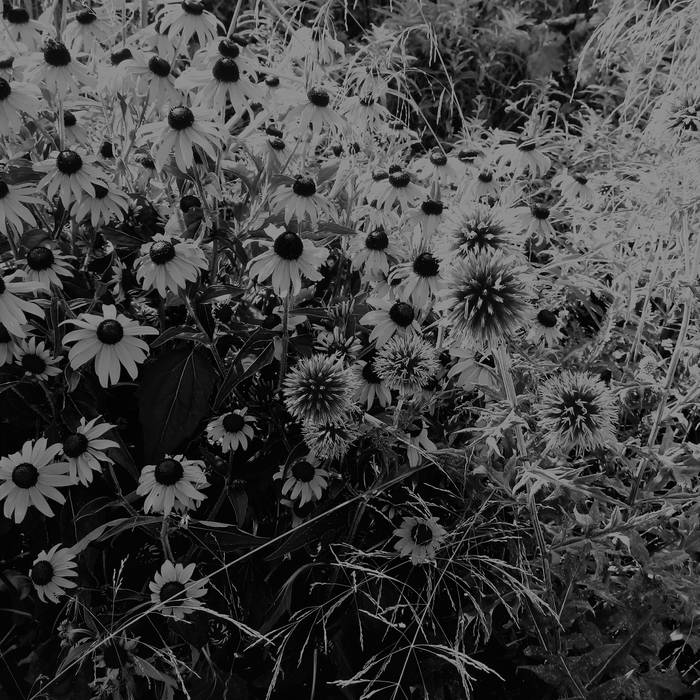 The sixth cassette in the Linear Obsessional cassette imprint is by two improvising musicians from Brighton, UK. "Sepertae" is two long works - textural, stately and absorbing building to sustained sequences of floating tones and mysterious incident.

Edited and mastered at Riker's Libido Studio, Susses
May 2018 by PKM

_____________________
REVIEWS
"The latest in the Linear Obsessional cassette series is a duo set from two Brighton improvisors. The Wire contributor Daniel Spicer plays violin, bugle, bamboo sax and piano, while Paul Khimasia Morgan manipulates an acoustic guitar body with electronics. On the A side, a series of faltering piano trills fades into a long passage of scrapes, hums and electronic apparitions. The smallness of the sounds and the indeterminacy of their sources make for a beguiling experience. The closing minutes find Spicer in an abandoned ballroom, tentatively picking out a plaintive piano melody. The B side is quieter still, breathy cornet tones and creaking strings beneath the sea mist."
Stewart Smith - The Wire (February 2019)

"On the cassette Sepertae (LINEAR OBSESSIONAL RECORDINGS LOR117), UK improvisers Daniel Spicer and Paul Khimasia Morgan join forces to create tiny intimate sounds with a largely acoustic set-up. Paul happens to contribute writings to this magazine, and I assume “knows” quite a lot about the theory and practice of improvised music, but does not seek to position himself as some sort of “meta-musician” when he sets to performing. His chosen implement of late is a cannibalised acoustic guitar, stripped down to just the body which he uses as a cavernous oyster when playing his miniature live electronics kit. Rubbing the wooden body is permitted, but what we see and hear enacted in each performance relies on a mysterious bond between one man and his little pet.

Spicer does blow flutes, cornets, recorders, shenai, trumpet and other such puffers in the West Hill Blast Quartet (who play good energy jazz in the free high wind mode), but I personally value him more for his more idiosyncratic side which occasionally surfaces in performance. His work here on piano, bugle, violin and “bamboo sax” (an early form of Peruvian knitting rod) isn’t especially zanoid perhaps, but it’s out there – the work of one who is quietly taking risks and edging the music out into a certain space, a space as near the shoreline a man can go without actually standing in the ocean…although that might be the next phase of the plan. Indeed, both Morgan and Spicer could be said to be gently expanding the envelope of what is possible with their respective sound kits, and what is permissible between them as two collaborating individuals; for the latter, every move is made with great mutual respect and compassion, a spirit of “what if we try this?”.

In this context, small gestures and short repeated phrases go a long way, rather than the whirlwinds of sudden change and violent disruption favoured by other roaring-type musicians. At less than 15 mins a side, you will be left wanting more of this…"
Ed Pinsent - The Sound Projector www.thesoundprojector.com/2019/05/27/modified-leaves/