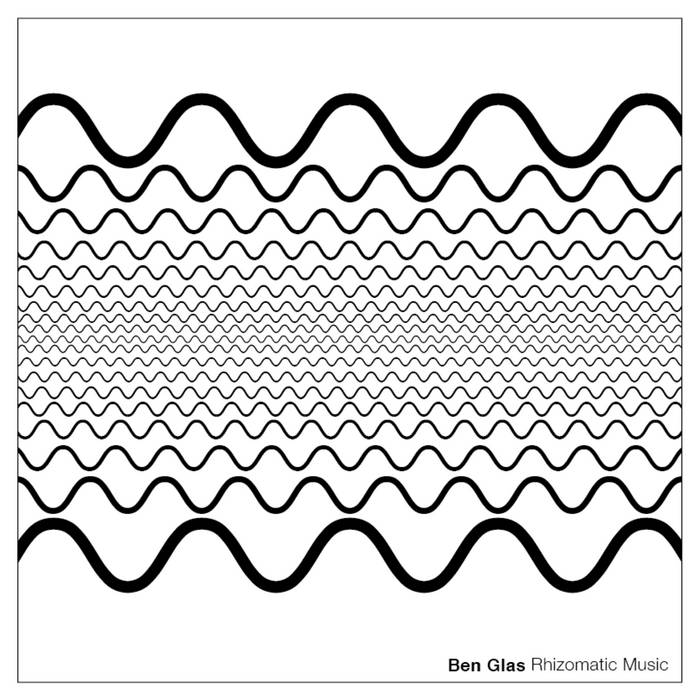 Linear Obsessional is delighted to present the second album on this label from the extraordinary American composer Ben Glas.
Rhizomatic Music explores further his interest in philosophical themes, and playful, interactive music.


"In 1972 postmodernist philosophers Gilles Deleuze and Felix Guattari took inspiration from and developed the philosophical concept of the “rhizome”- an “image of thought” that had multiple non-linear outcomes and whose root inspiration is to be found in a botanical rhizome. The rhizome became useful as a thought experiment and subsequently a practical tool in the decentralising of a singular narrative with the political, social and historical arena. This decentralising allowed for more open perspectives on a given context. Potentially, the rhizome would help the people who utilised it as a structural tool to see beyond their own bias and assumptions. Comprised of many interlocking, synchronous and syncopated cycles, the rhizome exhibits a multiplicity of rhythmic striations and randomised nodes.

Each individual node is also capable of producing its own tangents, further complicating the total structure. With this ever-fluctuating form, the awareness and practical use of the rhizome made possible the thought of many variant beginnings or endings to any given experience, be their contexts political, social, historical or experiential. The rhizome points to the non-linearity of time and unfolding events: it pushes preconceived assumptions aside, while decentralising human perception and potentially uncovering an individual bias. With this humbling shift of an assumed stable ground, the human experience and our perception thereof can be seen as a series of syncopated cycles and asynchronous loops: physiologically, psychologically and spiritually. When any given narrative is viewed, we may be able to witness and accept the unfolding of life and its consequences on its own terms.

This work is an attempt at a type of music that allows for listeners and active participants to drift in and out of a rhizomatic structure, in an egalitarian manner. These compositions consist of a series of static pentatonic tones and their fluctuating acoustic beating counterparts. “Rhizomatic Music (0-∞)” is seemingly stagnant, at first listen. Polyrhythmic standing waves fill space and make for a myriad of various listening perspectives. The acoustic beating allows for a spatial polyrhythmic experience, allowing the listener to mentally move through different time signatures, as well as physically moving through space to navigate the physicality of the tones and their unfolding patterns in spacetime. Various synchronous and asynchronous rhythmic possibilities can be experienced, via simple movement through space. The second track, Rhizomatic Music (1-?), is an exact copy of its predecessor, but with a simple twist: each oscillator has been randomised at various rates, allowing for an array of further unexpected combinations and chance tonal occurrences.

Ok. Enough theory. Time to give practice some space.

I hope you enjoy your experience.

Thank You For Your Understanding,

Many thanks: to all.