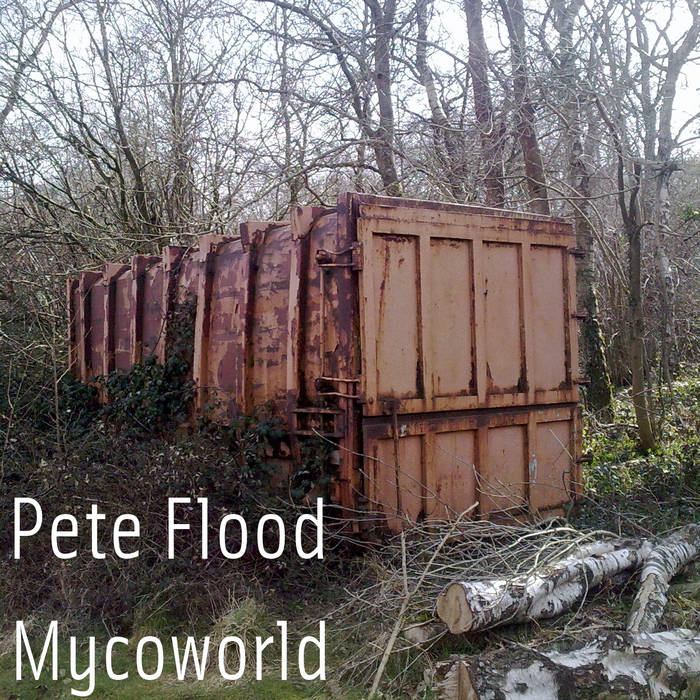 A collection of brilliantly eclectic instrumental electronic works by the British instrumentalist and composer Pete Flood, probably best known as the drummer in UK folk powerhouse Bellowhead. "Mycoworld" is beguiling, baffling and wonderful.

"Fungi are just the visible fruitbodies of a larger underground organism. I don't understand what goes on underneath the leaf litter. I like to think of the invisible, thread-like mycellium spreading through the soil, forging connections with tree roots, engaging in chemical warfare with other species, bringing decay to wood and leaf. I imagine them as the wild cards that save us from a monotonous, uniform world. Causing deformity, stain, the crumbling away of once-mighty structures, and the clearing of the ground for new growth.
If I'm wrong, I'd rather not be told, thanks.

Most of the pieces on this album involve processes which tend towards that kind of uniformity, but in every case you'll find other forces at work, upsetting the apple cart, stopping conventional beauty in its tracks or enveloping it in a possibilian fug.
There's little glamour in the world of mushrooms. If Mycoworld was a warehouse store on an orbital road selling fungal spores in old jam jars, it would be a rusty crate surrounded by brambles. Its signage would be printed on old, damp newspaper. Its sales assistants would be toads, slugs and dunnocks, and its catchphrase would be: "Mycoworld!! Where blight is right! We have no answers for any of your needs! Unless, that is, you are possessed of certainty in any regard! In which case the very nature of your affliction will preclude you from seeking our help! Yet, here we are!"