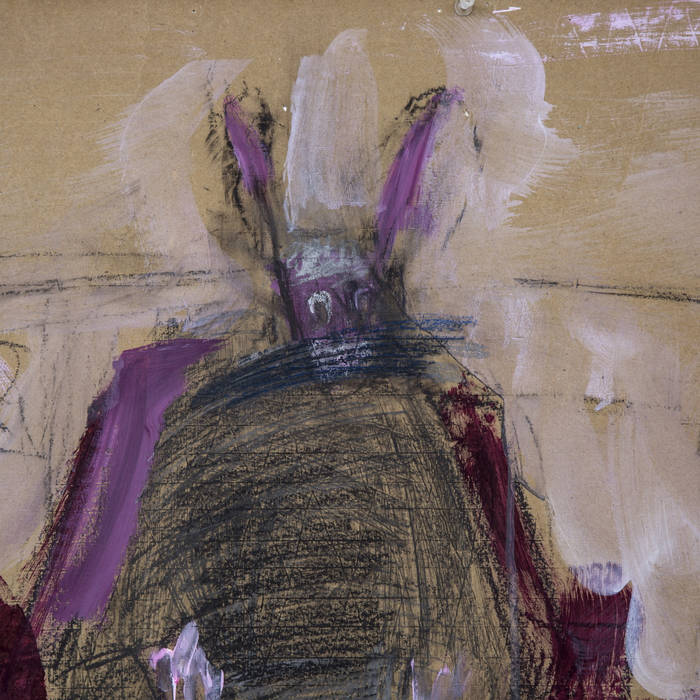 Six improvisations for Feedback Synthesizer (a set up of Kasyansky's own devising)
Spare, precisely controlled slowly developing constructions.
Possibly the most Linear and Obsessional release on the label since Ben Glas's "Music for Listeners"

REVIEWS
"Superb cassette of unusual, brooding and very focussed electronic noise from Grundik Kasyansky in the form of Lepus (LINEAR OBSESSIONAL RECORDINGS LOR131). I may end up saying what follows more than once on this blog, but the UK label that released this may have decided to give up the ghost in 2020. But I didn’t know this at the time when this item arrived (in late December 2019) 1. Six tracks of compelling, repetitive sound produced with a device called the “feedback synthesizer”, a unique instrument created by Grundik Kasyansky himself. He simply describes it as a “customised setup” and has been working on it since 2006. It involves feedback passing through an analogue synth in ways I probably wouldn’t understand, but on evidence of these six improvised pieces, it’s clearly not some novelty gimmick or a flash in the old frying machine.

If there’s any precedent at all, I suppose we might cast around for reference points in what I vaguely call “avant-techno”, i.e. any kind of experimental music with pulsations and rhythms that may owe some kind of debt to dance culture without being intended to be played on the dancefloor; or perhaps certain materials from the so-called “glitch” thing of the 1990s, including records for Mego or Mille Plateaux or Raster-Noton. But then Grundik Kasyansky has a warmth and passion to his music that makes just about anything in that impromptu list seem too clinical, unfeeling, or formulaic. I suppose everyone who ever turns on a synthesizer or assembles a modular synth on a table top has dreams of finding that elusive “soul in the machine” element, but few can actually do it; somehow Grundik, who used to write poetry before he was sucked into the maelstrom of electronic music, has not only tamed his circuits and brought them into a mad, vibrating life of their own, but he has also lent his own character and identity to this very personal music.

At the same time, if you were expecting tunes and layered richness of the sort that might have got him hired as a guest player on a Chaka Khan LP in another era, think again; Lepus is the very exemplar of monotony, insistently repeating themes and one-note figures in a very single-minded fashion. To which we have to add an observation about the slightly claustrophobic, muffled sound of the record, as though the whole thing were made by a man living in a sturdy cardboard box with no windows and wallpaper made of manilla envelopes. While that may strike you as an offputting combination, for me this is what makes Lepus such a compelling spin. I’m fascinated by the monotony, yet not feeling like I’m being pulled into one of those awful “mesmerising” situations which is promised us by many a fumbling novice who has figured out how to turn on their new Korg Volca.

This fellow was one half of Grundik & Slava who were an important part of a late 1990s experimental art scene in Tel Aviv and Jerusalem, of which I know nothing, but there were records released on Fact Records and Earsay in Israel. Grundik has made a number of solo records which I suspect are worth investigating, and is also a member of Staraya Derevnya, Denis D’or and Lull Machines. The drawing of the crazed rabbit on the cover was made by Danil Gertman. Very good!"
Ed Pinsent - The Sound Projector www.thesoundprojector.com/2020/06/12/let-the-dog-see-the-rabbit/