How The River Runs Dry 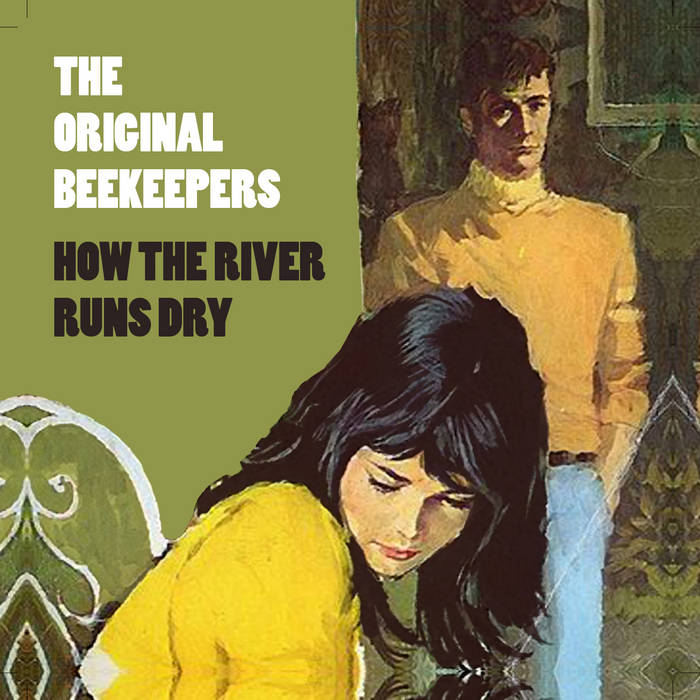 Kate Laity The joyful despair of ‘Alcohol’ seems to make it destined for classic status. From its opening exhortation ‘Come on, park your arse / and have a drink with me’ to its refrain ‘keep me drinking / stop me thinking’ the song is as dedicated to the notion that ‘sorrows drown’ even as it offers evidence that they come equipped with flotation devices. (see whole review here: grahamwynd.wordpress.com/2015/08/05/review-how-the-river-runs-dry-by-the-original-beekeepers/) Favorite track: Alcohol.

Linear Obsessional presents the new album from English underground pop mainstays The Original Beekeepers, who have been releasing low-level works of sardonic pop genius for the best part of 30 years.

"How The River Runs Dry" is a collection of interconnected songs that piece together a story set in British suburbia. Featuring dryly humorous lyrics and the kind of intricate arrangements (including a brass section and guest vocalists) for which the band has become known, this album, several years in the making, has been described by the band as "probably our best / most consistent work since 2002".

The Original Beekeepers are Linear Obsessional's resident pop group, and this album, running from the exquisite pop of "Cats On Window Sills" to the Sun Ra skank of "Breaking Down" demands your attention.

"How could I resist this pulpy cover? And the nostalgic pleasure of the album with extras: the limited edition CDs do come with the Formica samples (Brushed Silver Matt, in my case). Although this disc is poppier than the usual meditative/experimental work the label features, it still has the same aesthetic precision missing from factory-stamped product.

The pulpy cover isn’t just a bait and switch: like the lurid paperbacks that did their best to rip back the covers of suburban ennui, How the River Runs Dry dissects the same crash and burn relationship implosion. ‘Cats on Window Sills’ imagines the paradise to be found ‘living on the edge / of the A-Z’ and its swinging keyboards and flute provide floating optimism, although the cats are watching as ‘the world passes by.’

Vocalist Denise kicks off the title track and switches the point of view in the couple. Their suburban world, where she doesn’t have to work, already proves stale. They trade vocals back and forth, both claiming ‘but I love him(her) / though I’m not sure why’ while there’s ‘the ocean between you and I’ so there’s not much of a paradise lost. Both ruminate on how they could have had others. The music is positively Bacharachian (in the most wonderful way) even as the pair sing ‘This life’s not mine’ over and over.

The jaunty ‘Office Boy’ dissects the deadening life of the avaricious guy who wants to get ahead: ‘You love making the profits…you love talking the bollocks’ with such a delightful sneer. ‘Big Dead Cockroach’ has a kind of carnivalesque melancholy with its pulsing piano and images of the girlfriend coughing phlegm, holding his stomach in, while she moans ‘this house is ultra-unhygenic / but can’t be arsed to go and clean it.’ You can see why this CD is so much fun. The lyrics are both an homage to the retro suburban dream and a cold-hearted dissection of it at the same time. How are dreams let us down when they’re based on nothing more than wishing.

The joyful despair of ‘Alcohol’ seems to make it destined for classic status. From its opening exhortation ‘Come on, park your arse / and have a drink with me’ to its refrain ‘keep me drinking / stop me thinking’ the song is as dedicated to the notion that ‘sorrows drown’ even as it offers evidence that they come equipped with flotation devices.

‘A Church is Burning’ offers a jazzy take on that theme, vowing ‘I want to disturb your peace of mind / take a little lover’s dynamite’. Almost surreal in the manner of Robyn Hitchcock, it balances on that edge of clever without ever becoming precious and the percussion adds great colour as does the unexpected sitar. The tango style of ‘Over My Head’ also brings in unexpected musical change of pace. ‘You’re Never Coming Home’ trips off into ska that softens the melodrama of the lyrics. There’s a despair captured here of ‘a mind that’s not equipped’ to deal with the despair.

The drums and horns at the start of ‘Breaking Down’ will get anyone’s feet moving, but the layers pile on until the sense of mental collapse feels palpable, The brass trades off themes then joins up for a spiraling descent into madness, while the drums pulse and then everything starts to fall off kilter. It’s wonderful.

The disc closes with ‘Pile Up’ which returns to jaunty but with a hardened sense of purpose as everything crashes together until it’s ‘dead as a dodo-do-do’. When in doubt through everything into the finale. It works, down to the last wail of the horns.

I advise you to buy this album and start drinking as you examine everything that’s gone wrong with your life. And then dance — all night if need be"