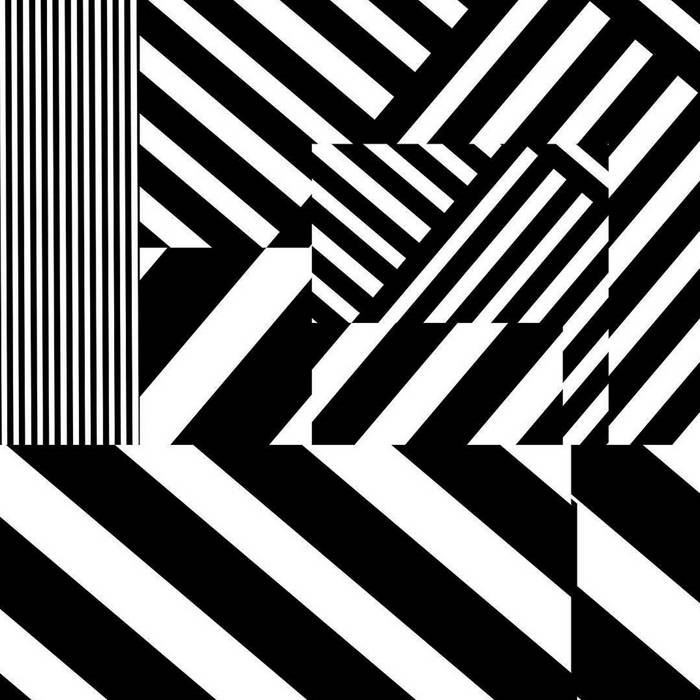 Jeremy Clarke There's something endearingly silly about this album. If it has an agenda, that agenda is something completely bonkers. It's completely in love with the sound of its instrument, the Hammond organ.
None of which would necessarily make a good album, yet somehow the energy and enthusiasm with which Montague Armstrong set about their project, a clear labour of love, lifts it...
Oh look, am I writing complete bollocks here? Anyway, I love this album. A most welcome, uplifting tonic in dark times.

Woz Sneary This is quirky, happy music . I could happily imagine it accompanying a Laurel and Hardy silent short ...

klinegreg It makes me chuckle and bop about! Favorite track: Flimwell Lights.

Imagine a world where the sounds of sixties testcard music and the sort of music played between working mens' clubs acts had been picked up by aliens and then sent back to earth for an intergalactic knees-up around the Hammond organ....
Difficult? It may not have been Montague Armstrong's intention, but that's what this delightful, effervescent concoction of tunes makes me think of. Jude Cowan Montague's effortlessly cheerful tunes and Matt Armstrong's always immaculately well-placed electric bass make this an unusual, but definitely desirable item from Linear Obsessional and also marks the third release in LinOb's new Cassette Imprint series.

Released as a professionally duplicated cassette with a picture by Katy Binks and design by David Little,and as a download.


__________________
REVIEWS
"The arrival of the Hammond organ in the thirties was initially met with derision by major exponents of the keyboard art. The lack of pure synchronisation of notes, or even something close to it, led many classically-trained players to pooh-pooh the instrument and, although it achieved a period of eminence in the middle of the century, the growing use of the synthesiser in the seventies once again consigned it to the margins of popular music. The Hammond company finally closed its doors in the mid-eighties.
Thankfully it never died out completely though and, in the hands of Montague Armstrong, the idiosyncratic Hammond tones have received an infusion of new life that resonates with virtuosity, character and personality.
Jude Cowan Montague has appeared in my Dandelion Radio show in other musical guises and it is she who handles organ duties here, with Matt Armstrong's bass adding delightfully apposite support. If you failed to tune in to the quirky delights of album opener 'Herstmonx' in my show last month, then you're advised to rectify it by checking it out this month, where I'm featuring the, on balance, perhaps even more delightful 'Flimwell Lights'.
But in truth I might have chosen any of the tunes on offer here. The collection as a whole hangs together to evoke a bizarre and wonderful concoction comprising the sounds of seaside piers and working men's clubs with nods to everything from sixties ska stylings to the more personable elements of prog rock.
When the definitive history of this wondrous instrument is eventually written can I suggest there is enough here to add to a timeline that features the names of Booker T. Jones, Matthew Fisher and Winston Wright the name Montague Armstrong? Should this collection receive the attention it fully deserves, this would seem entirely justified."
-Unwashed Territories
unwashedterritories.blogspot.com/2018/08/montague-armstrong-hammond-hits-linear.html

"Matt Armstrong is the British bassist on albums by Kenny Process Team, Bing Selfish, Robert Storey and Kamura Obscura. He also contributed recently to a couple of comeback releases by cult English singer Bill Fay. His partner Jude Cowan Montague is a poet, singersongwriter and printmaker, a graduate of London Camberwell College of Arts. For the past three years they’ve been running a gallery together in St Leonards-on-Sea in Hastings, and Hammond Hits is a gallery spin-off in the sense that many of the titles for this collection of nine instrumentals were picked up while driving the A21 between London and the Sussex coast.
In line with the album’s title, it’s Montague’s organ that sparkles throughout. Her breezy, shamelessly cheerful melodies are supported by light drums, guitar and bass, all arranged and played by Armstrong. There’s more than a nod to pub organists of yesteryear, but the melodic twists recall Kenny Process, another instrumental group, and perhaps the tongue in cheek pop brio of Pizzicato Five. Back in the 1980s, Mike Alway’s él label would have loved this.
“Herstmonx” skips down the catwalk, flicking its hair to the clatter of Armstrong’s kit and cowbells. “Flimwell Lights” has a churning fairground charm. More bass would have been nice, but the lightness of the production is part of Montague Armstrong’s devil may care approach. “Bewl” (named for a reservoir near Ticehurst) is one of the strongest tracks, still bright-eyed but a shade more complex, while “Twinned With Ellerhoop” strays into Robert Wyatt harmonic territory (and the Sussex village of Hurst Green is twinned with Ellerhoop in Germany).
The closer “Blue Boys” is perhaps the best of the cheery bunch. It’s a more dreamy, slowly swaying tune, with a richer sound, including a splash of melodica and keyboard vibraphone. Stereolab would not have been ashamed of this one. Armstrong modestly suggests that Hammond Hits would sound good while decorating the kitchen, but watch out if swinging your hips on a stepladder."
Clive Bell - The Wire (November 2018)

"The sounds, when it comes out at the end of July, are a richly evocative series of Hammond driven pop instrumentals which avoid every potential ‘end of the pier’ comedy trope. Less the Les Dennis that I’d been expecting, more the poised cool of Stereolab, or late 90’s Birmingham quartet L’Augmentation. It’s great: playful, compact, and brimming over with ideas, an almost too perfect distillation of Jude in musical form. I like it."
Thee Alex - Blog theealexblog.wordpress.com/2019/05/03/montague-armstrong/

"Montague Armstrong’s Hammond Hits (LINEAR OBSESSIONAL RECORDINGS LOR115) tape is about the least typical release yet heard on Sanderson’s Linear Obsessional label, but maybe this just indicates something about his broad-ranging tastes, now given further room to expand by operating this cassette label for even more marginal items. At first glance, Hammond Hits is an easy-listening collection of jaunty pop tunes played on the famed keyboard instrument that in the 1970s used to be such a firm favourite with prog artists as they belted out their pseudo-classical anthems…but here, the organ has none of the pomp and grandeur of a Keith Emerson and instead sounds weedy, thin and lightweight.

All of this is deliberate, however…it seems the team of Jude Cowan Montague and Matt Armstrong rescued an old Hammond from a church, repaired it, and installed it in their garden shed at home. After Jude had composed her tunes, they performed them with the organ (making use of the rhythm box which I assume was built-in – I know a lot of Lowrey organs had this, so expect the Hammond might have had a similar model) with Matt playing bass guitar, plus some wordless vocalising added on certain ditties. Further, they used an old 8-track tape machine to do the recording in said shed; everything mostly done live in one take. If all that isn’t being true to the English DIY spirit of 1980-1981, I don’t know what it is – and thinking that makes me think that Rough Trade, Small Wonder or NB Records might almost have released this as a post-punk novelty item, in a different time zone.

Meanwhile label notes invite us to hear elements of Test Card Music and even working men’s clubs background music in these guileless grooves…both of which fit my fantasy schema, since Young Marble Giants made their Testcard EP in 1981 and Mark E. Smith would often remind his trendy hip London audience of The Fall’s Mancunian roots with his references to ‘W.M.C.’. Well, I’m now a convert to this lovely tape, even though it annoyed the heck out of me at first with its samey upbeat surface, because I can now discern the genuine warmth and musical simplicity of it. Sadly the cassette’s already sold out – I received a copy in October 2018 – but the music is still available for streaming and download."
The Sound Projector www.thesoundprojector.com/2019/04/25/melody-laughter/