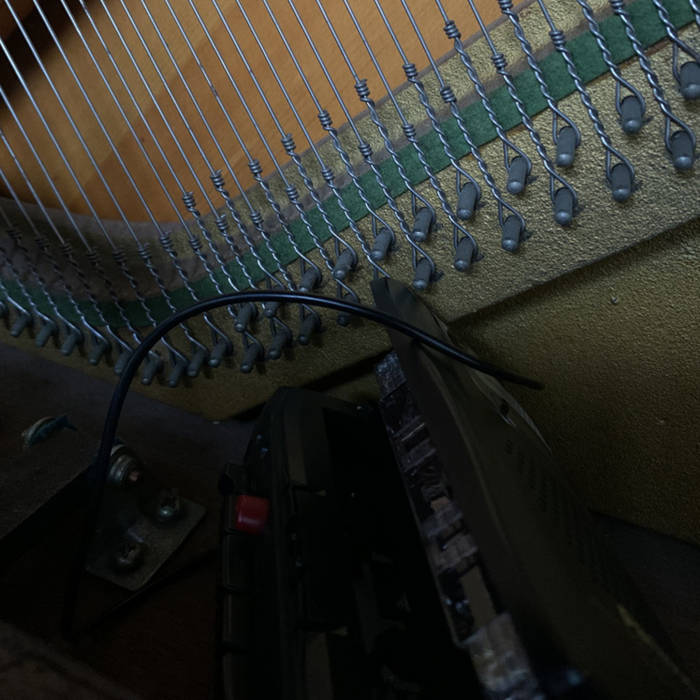 Cyff Gwawd is Stuart Estell, a piano, and a couple of barely-functional tape machines. The project draws on his love of Satie, Cage, Feldman and Basinski while also being a logical step from his compositions for drone/doom tuba outfit ORE, which he left in 2014. Cyff Gwawd is named in tribute to Mark Hollis. It means “Laughing Stock” in Welsh.

The pieces on this release started as miniatures, some of the material freely composed, and some of it restricted to sets of just four pitch classes. In performance, however, they took on a life of their own and didn’t seem to want to be constrained to what had been written down — resulting in what might be better described as planned improvisations.

The same side of the same C90 — an old and far-from-clean TDK SA90, naturally — was used to record all four pieces. The older cassette machine’s completely unreliable motor and faulty tape head resulted in some happy accidents (speed changes, incomplete erasure) that would be impossible to reproduce. Apart from EQ, some additional reverb and the occasional overlaying of additional tracks (from the same source material), the only editing here has been structural. Other than that, what you hear is how it happened.

Stuart also performs and records as a singer of traditional songs from England, Scotland and the Appalachian Mountains, and as a classical pianist. His other project, Lachenalia, is more intensely focused on drone and improvisation.