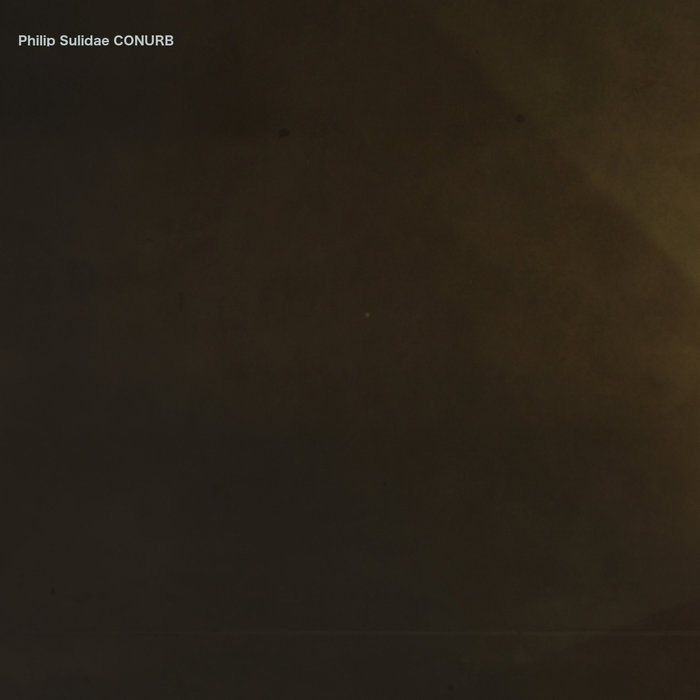 Linear Obsessional is thrilled to release this album by Philip Sulidae, the Australian sound artist and field recording auteur.
"Conurb, for Linear Obsessional ....is the result of hundreds of field recordings made here in Sydney, Australia. I guess it’s my ode to a city that has changed and grown quite a lot of the last decade.....there is a lot to sonically digest" - Philip Sulidae

_____________________________
REVIEWS
"Philip Sulidae is the Australian fellow who does phonography and field recordings, but he’s always determined to engage personally with the environment sitting on the other side of the microphone in some way, even when doing so might threaten to put him in some kind of adversarial position. On his Scenes From A Duplex (from 2016), the very banality of the Australian suburbs and its buildings was clearly the enemy, and he tried to subdue the quietly brooding presence of those menacing structures with his ambient sound and atmospheric field recordings. Scarily, we reached a point on that one where the buildings seemed to be answering back.

Today’s record, Conurb (LINEAR OBSESSIONAL RECORDINGS LOR 102), might be operating in the same turf, although not perhaps so focussed – the source material comes from Sydney for sure, but was captured over a two year period, and it is claimed that hundreds of separate sound events have been compressed into the finished item. Even so Conurb has a disquieting edge, a subversive sheen – sliding its way into the chosen target, and your ears, as silently as a dose of mercury. Recognisable “urban field recordings” do appear at the start and the end (I like the ring composition structure there), but they are soon jettisoned in favour of quiet, abstracted, heavily processed and strange soary-droney effects…which are hard to pin down, barely noticeable, like the air around us…yet still insistent and very present, also somehow becoming solid. I’ve often wondered if some phonographers are really just trying to render in sound commonplace urban features such as pavements, roads, and roundabouts, things we over-conditioned city-dwellers barely notice any more as we trudge about, and finding metaphors for them in audio terms.

Sulidae’s gradual shift from recognisable sound-images to blurred recordings reminds me to some extent of experimental films from the 1970s and 1980s, where a familiar strategy was to present a mostly abstract movie comprised of refilmings and processing (producing colours, movements, shapes, blurs, flares) and then show the viewer a few seconds of the original source material that had been used to create all that abstraction (e.g. a banal shot of a house front). As to the level of engagement with the conurbs of Sydney, at least one title points to Sulidae’s attitude – ‘Personality clash with multi storey unit’, which seems especially resonant to me for some reason. It suggests a lone city dweller in direct opposition to his surroundings, shaking his fist at the parking lot, from which might be derived a certain critical dimension directed against modern town planning (or rather, the way we have allowed urban sprawls to grow against our wishes, as the greedy developers continue to get their way). However, if this is a protest statement of some sort, it’s a very quiet and subdued one, so lovers of minimal sound art are guaranteed a splendid listen."
Ed Pinsent - The Sound Projector
www.thesoundprojector.com/2019/01/27/urban-exposure/