Back to the Sweat​-​Out Tower 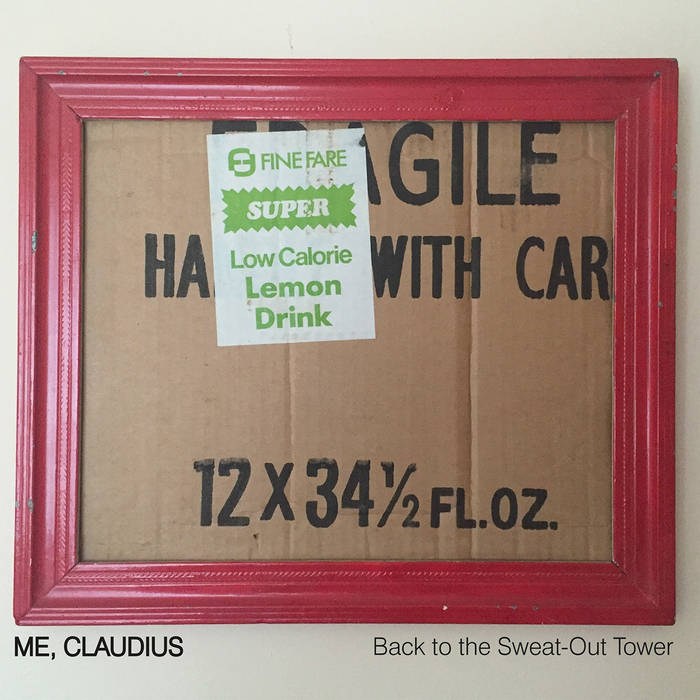 Linear Obsessional's One Hundredth release is the long awaited new album by Me, Claudius - the secretive female musician who released the astonishing and widely praised "Reasons for Balloons" cassette on Dinzu Artifacts in 2017.
Her first CD release "Back to the Sweat-Out Tower" consists of four tracks of juddering abstract dub constructed from edited field recordings and found sounds, unpredictable loops and blasts of elusive melody.
Urgent, fascinating and irresistable.

All music and images by Me, Claudius

"Following her attention grabbing debut cassette "Reasons For Balloons", mysterious UK artist Me, Claudius with a CD of billowing dub influenced experiments Over two long tracks and two shorter ones, "Back to the Sweat-Out Tower" continues withthe same syntax laid out on her debut, processing myriad field recording snippets into abstract rhythmic work-outs. Cut-up interjections from the car radio form a vital part of the Tape's sonic bedrock, allowing stabs of rock and jazz to seep into the mix. At times "Sweat-Out Tower" resembles a series of happy accidents on a fucked CD player, skipping with a strange, satisfying logic"
-Tristan Bath - The Wire

"The machines are taking over. But not in the way you think. Instead of the sleek digital overlords of sci-fi films – Skynet, the Matrix and so on – what if there was a grass roots mechanical revolution, in which the distributed intelligences of our everyday devices decided to fuck us up on a very basic level? What if, by refusing to do what we expected them to do, these microchip servants enacted a classic switcheroo, skipping from servant to master via a passive aggressive withdrawal of cooperation, thus breaking down the machine-human compact in a blunt but profound manner?

This is the scenario envisaged by ‘Back To The Sweat-Out Tower’, the sophomore release from dub-glitch guru Me, Claudius. Its sparse, repetitive soundscapes present visions of a planet where humanity has been elbowed out of the picture by encroaching automation, its post-Fordist advancement so gradual that we didn’t even notice until too late. That door at work that suddenly can’t read your swipe card? The cashpoint that refuses to pay out the crisp tenners you asked for and then, to add insult to injury, swallows your card? All that, and then some. Computer says no. For real.

‘Back To The Sweat Out Tower’ achieves its dystopian vision mainly through a judicious sampling and looping that would do a crate-digging obsessive proud. But here the single-minded focus on the break that characterises those beat conductors is replaced by a soundscaper’s feel for texture and resonance. Carefully-assembled strata of buzzers, motors and chattering consumer goods evoke the ever-churning cycles of grid-powered hardware. On ‘Hold Your Shape, Church’, a repeated synthesized pinging brings to mind images of a malignant Tesco, its endless aisles transformed from shopper’s paradise to labyrinthine hell. Unexpected item in the bagging area. Have you swiped your Nectar card?

The fractured poetry of ‘Reasons For Balloons’, Me Claudius’ arresting debut on Dinzu Artefacts is mostly absent, although occasionally, as on ‘Sleeve Him’, one can make out the whispers of human speech. But these are more like ghost echoes, sonic afterimages that persist long after the fleshy bodies of the Homo Sapiens have retreated. Those ethereal syllables return in ‘This Is Where I Floated My…’, this time resembling junk bytes from a text-to-speech beta test. That digital debris is threaded through a bumpy mosaic of clank and whirr that moves, gradually, from interlocking pulsations into dissonant snarls and crashes, a resource war bashed out by opposing armies of photocopiers and laser printers over a dwindling supply of toner cartridges.

And by the time the title track rolls around at the end of the album, inter-product line violence has slipped into a busy, hectic peace. The overlapping bloops and scratches mesh into a self-facilitating network from some Nathan Barley-esque nightmare. In fact, so self-satisfied do these scrobbling pulsations sound that it’s easy to imagine smugness, not domination, as the ultimate algorithmic goal."