An Equal And Opposite Reaction 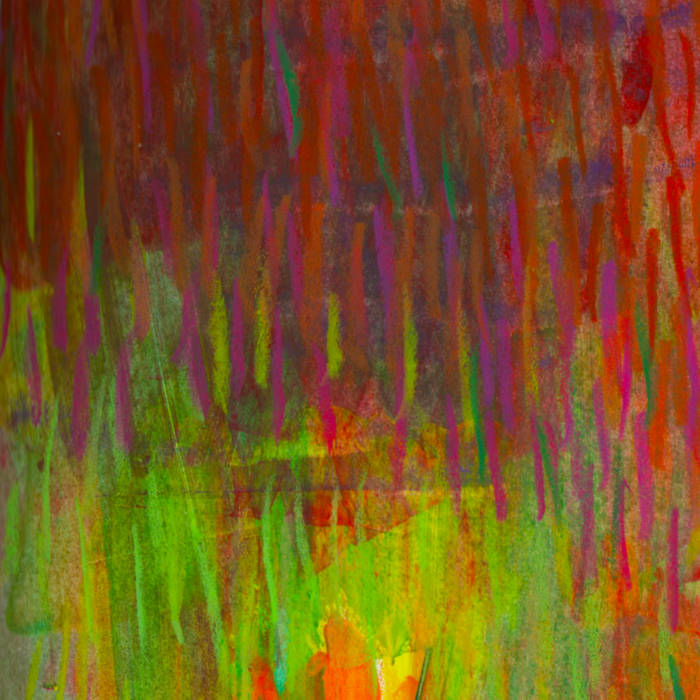 The composer Peter Nagle's first release for Linear Obsessional is this expansive collection of microtonal and minimalist works. featuring three short tracks of textural experiments and acoustic experiments and two long tracks of dissonant drone featuring cello, feedback, guitar and percussion.
Although firmly in the tradition of Tony Conrad, LaMonte Young and the pre-Velvets work of John Cale, these pieces carry their own surprises as the microtones pile up - whether sudden snatches of dialogue and field recordings, or the monolithic alusions to doom metal on "Veranderung".
"An Equal and Opposite Reaction" with its apt reference to Newtonian physics, is a compelling and vital release.

www.peternagle.co.uk
__________________________________
REVIEWS
"'An Equal And Opposite Reaction’, from London-based cellist and composer Peter Nagle, draws elements of free improvisation, composition and sound art into a quiet vortex where restrained harmony amplifies into dry, hermetic mantras and the smallest of incidents are magnified to shattering proportions.
Cello and quarter-tone electric guitar provide the sonic backbone for Nagle to set up shimmering beams of drone – think John Cale’s ‘Sun Blindness’ seasoned with occasional, zonked-out Frippertronics – from which he hangs tangy plucks, clonking percussive loops and smatterings of textural shizzle. And while some of these additions may initially seem superfluous to drone addicts, Nagle’s judgement is usually right on the money, enabling him to transform uneasy bricolage into a union of opposites that is pure bleedin’ synergy, mate.
On the title track, fragments of conversation and clanging guitar orbit around Nagle’s questing whine, like signals leeching from the wires of a vast communications network to be picked up by cunning signal sniffers deep in the digital hinterlands. More than quarter of an hour elapses under this far-out fibre-optic groove, Nagle cunningly tweaking the tone and timbre of his buzzing flows while maintaining the requisite level of hypnosis.
‘Veränderung’, meanwhile, sees those microtonal high-tension lines sprayed with fuzzed-up guitar muck in fine Iommi-at-the-Dream-House style. Slashed powerchords and computer burbles transform into a juicy motorik chug that heads off into the wide open with barely a gear change. It’s heavy pastoral, yeah? But before you can croon ‘Hallogallo’, the whole darned operation hits the crash barriers and collapses into a mardy outburst of plangent, twanging grump. I’ll take those keys, young man. No more fun, fun, fun for you."
Paul Margree - We Need No Swords
weneednoswords.wordpress.com/2019/02/06/peter-nagle-an-equal-and-opposite-reaction/

"Excellent cassette from Peter Nagle, An Equal and Opposite Reaction (LINEAR OBSESSIONAL RECORDINGS LOR108) …we may have encountered his work very briefly on the Spectropol compilation from 2014 when he contributed ‘Fragments Of The First Eternal Memory’. He also appeared on LOR’s comp A View From A Hill. Nagle is one of those performers who likes to do everything himself (often it’s the best way), so overdubs himself playing cello, electric guitar, synth and vocals on these five tracks…the music is described here as “microtonal and minimalist”, and although there is a hypnotic aspect here in the monotony and steady repetitions, I find Nagle to be more of a maximalist, his music accumulating multiple layers and creating all manner of fascinating pre-planned clashes and abrasive moments, as unexpected tones jostle for space and foreign elements are unexpectedly brought in.

One such foreign body is the jabbering voice samples (people talking on the bus?) which appear in the middle of ‘Uniform State Of Motion’, these voices upsetting the otherwise smooth progress of a stately (mostly) cello piece by cutting in with their alien timbres and chaotic, non-regular patterns. It’s a case study in compositional skill, knowing exactly how and when to apply these interjections without disrupting the studied sense of balance. This fine piece – one of the two “long” ones – also has sustained guitar solos that match No Pussyfooting for their mesmerising pull. In another parallel universe, it could have been Nagle who was invited to add guitar tracks to Bowie’s Heroes…The other long piece is ‘Veränderung’, a 20-minute epic again showcasing the cello-guitar interplay that is evidently one of Nagle’s core strengths – it’s doubtful if he could find players able to deliver exactly what he needs to realise a piece like this. There’s a real dark quality to ‘Veränderung’ which I enjoy, starting off with uncertain, disquieting mixed chords and journeying down a remorseless tunnel of gloom, maintaining a constant sense of tension. This piece is about the most maximal on the whole album, also featuring creepy synths, power chords from a very depressed heavy-metal guitar, and unexpected stabs from a drum machine. This one really gives Sunn O))) some serious competition…yet it’s not an attempt at avant-garde heavy metal, it’s a serious composition, structured and delivered with tremendous assurance, and interpreted as only the composer himself understands.

These two long Dans are sandwiched in between three shorter experiments: ‘Immobile’, a nerve-shredding exercise in slow cello bowing with some mysterious below-deck creaking sounds (it would make an ideal soundtrack for a sea-faring disaster film); ‘An External and Unbalanced Force’, which can be read as a post-modern take on folk music or Americana, with its pastoral field recordings and its banjo playing, except the banjo is plucked in a desultory, minimalist style, full of uncertainty – an existentialist Earl Scruggs! And ‘Remain at Rest’, a funereal guitar solo which ends the album, is ample evidence of Nagle’s picking skills in the “spare and austere” manner, rival even to such masters of that style as Charles Bullen. Strong compositions, great playing, and packed with brow-furrowing themes of doubt, alienation and anxiety…what’s not to like? Recommended! "
Ed Pinsent - The Sound Projector
www.thesoundprojector.com/2019/08/14/classical-mechanics/