A Red Guide to the Coastal Quicksand of the British Isles 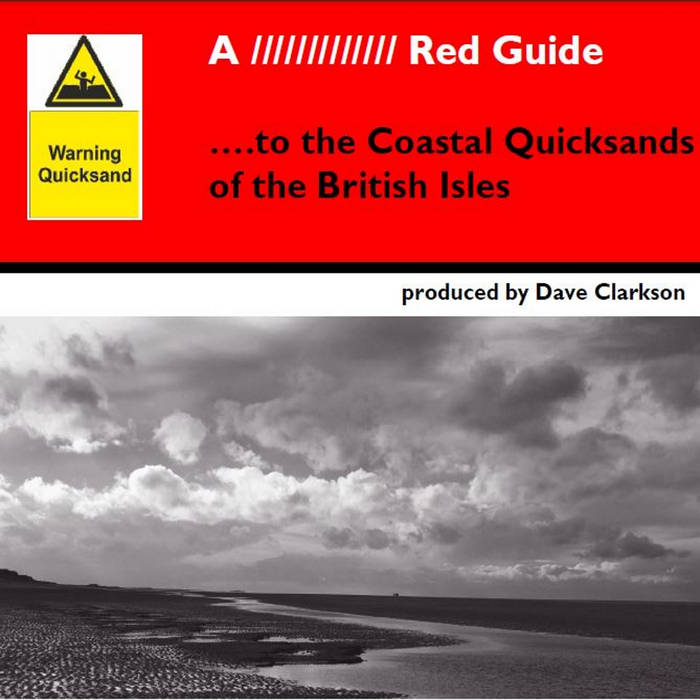 New work from the Manchester based recondite electronicist and field recorder Dave Clarkson, and, like his last acclaimed album for Linear Obsessional "Music for Lighthouses" (and indeed like all his recent work!) "A Red Guide to the Coastal Quicksands of the British Isles" is another sombre meditation on coastline Britain. This one using bleak, enveloping field recordings from various coastal locations, infused with unsettling yet eerily beautiful electronics.
Clarkson's work is building into a series of unique sound portraits that present a very different vision of the British coast, far away from cosy teahouses and garish chalets, instead a world of mystery, and overwhelmingly, of the understated but immense power of the sea.
..

Written and Produced by Dave Clarkson between January and November 2016 at Cavendish House studios.

All sound recordings, treatments and production by Dave Clarkson:

This is the follow-up to 'Music For Lighthouses', which was reviewed in Vital Weekly 965, here
again Clarkson, erstwhile working under the names Central Procesing Unit and Illuminati (and
occasional collaborator of Vini Reilly, a.k.a. Durutti Column), stays close to the coast, here using
field recordings from various coastal locations. The previous release seemed to hint towards the
use of percussion and guitar, here there is mention of Roland JD-xi, Korg MS-20 and EMS iVCS3,
so all electronic and obviously, I'd say, the field recordings are heavily processed, effectively in a
melt-down into some deep drone rumble. Clarkson produces some excellent deep ripples of music
here, with a heavy low bass sound and on top he waves all of these electronic sounds, which in the
longest piece, 'Quicksands - Low Tide' has a vaguely melodic touch and is the best piece of the lot,
even at thirteen minutes. Dark, mysterious and nocturnal this particular trip to the coast. If pieces
are shorter, such as 'Desolate Links' it works less well. Clarkson needs his time to tell a story, and
that's what he best in the longer pieces. The bass frequencies on this release are quite massive,
and caution is advised when playing this loud. Five pieces only, and at thirty-five minutes I thought
this was all a bit on the short side. I wouldn't have minded another longer piece to top this journey
off. I thought this was the best release by Clarkson so far. (FdW)"
Vital Weekly.

If you like A Red Guide to the Coastal Quicksand of the British Isles, you may also like: