A Blue Guide to Shore Ghosts and Sea Mystery 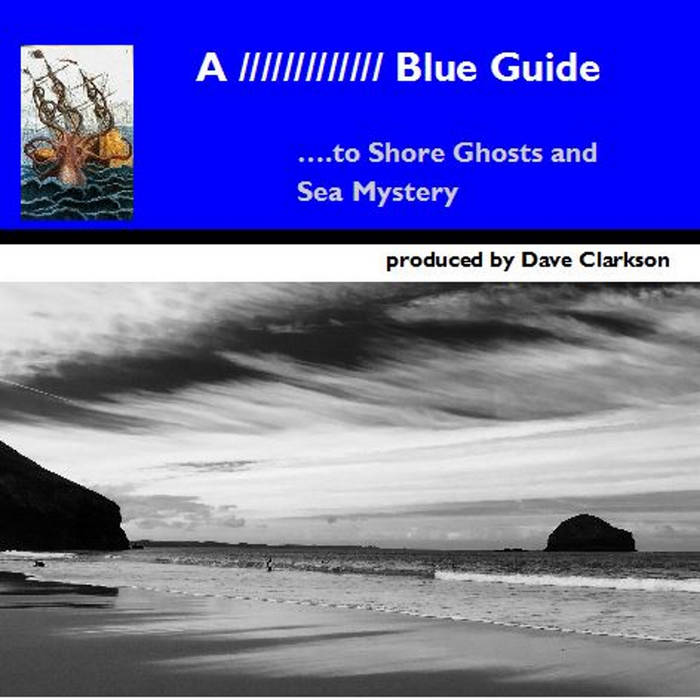 To finish off a great year of releases in 2017 we conclude Dave Clarkson's "coastal trilogy" with a new themed collection of music based on supernatural and mysterious aquatic subject matter. Expanding the pallette from the field recordings and subdued electronics of the previous releases ("Music for Lighthouses" and "Coastal Quicksands of the British Isles") to include drum kits, guitars, scratched '78s and harmonica as well as guest musicians Graham Massey (of 808 State and Biting Tongues) on saxophones and assorted percussion, and Ruth Davies on Cello. The resultant music is a triumphant combination of unsettling but absorbing sounds with a new interest in acoustic instrumentation, and even a Krautrock feel at moments."Shore Ghosts and Sea Mystery" sees Clarkson exploring expansive (forgive me) new waters...

All tracks written and produced by Dave Clarkson

except, tracks 4 & 6 written and produced by Dave Clarkson
& Graham Massey.

REVIEWS
"The name Graham Massey doesn’t pop very often in these pages for one could say he’s solid star of dance music in 808 State in the late 80s and before that active with Biting Tongues, who released on Factory Records. Here he appears on a release by Dave Clarkson, who first works as Illuminati (see Vital Weekly 428) and since a few years under his own name (Vital Weekly 1077 and 965). He has more Factory Records connections, working with Vini Reilly (The Durutti Column) and with Alan Hempsall of Crispy Ambulance a duo called Scissorgun (which is also the name of an album by the Ambulance). This new album continues Clarkson’s interest in doing music ‘on mysterious coastline and aquatic subject matter’. He plays to that end synthesizers, keyboards, drum kit, drum machine, harmonica, and field recordings as well as scratched 78s. Massey contributes on one piece bamboo
flute, bell tree, congas, glockenspiel, melodica, skulls, vibraphone and on another baritone saxophone and bass clarinet and Ruth Davies plays cello on the first track with the extended Massey instruments.
That is also the most complex piece of the six pieces (total length, sadly, only thirty-two minutes).
Clarkson delivers again a very fine and delicate album of great atmospheric music. Sounds washing ashore, taken from real sea waves as well as synthesized versions thereof, and much of what Clarkson
does is not very abstract, but more melodic; spacious but always with a melody hidden or in plain sight. A touch of sustaining guitar sounds, the lovely saxophone in ‘The Ghost Whale’ or the peaceful violin sounds of ‘On Reflection’. Clarkson’s music is all about delicate and refined moods and while I though the previous album was his best effort so far, I think this one is even better. I enjoyed the more balanced output of this one as opposed to the somewhat frequency heavier previous one. The
music benefits more from this refined balance, I think. Lovely release, once again. (FdW)
Vital Weekly

"The Manchester based "recondite electronicist" follows last year's"Red Guide to the Coastal Quicksands of the British Isles" with this equally intriguing, aquatically themed outing. Clarkson ropes in 808 State's Graham Massey (sax/assorted percussion) and cellist Ruth Davies to great effect. Tracks like the drifting mist of "Kraken" the unsettling ebb and flow of "Ancient Mariners, seasick and scurvy" and the cries of the "Ghost Whale" make for an unsettlingly powerful listen"
-Electronic Sound
electronicsound.co.uk