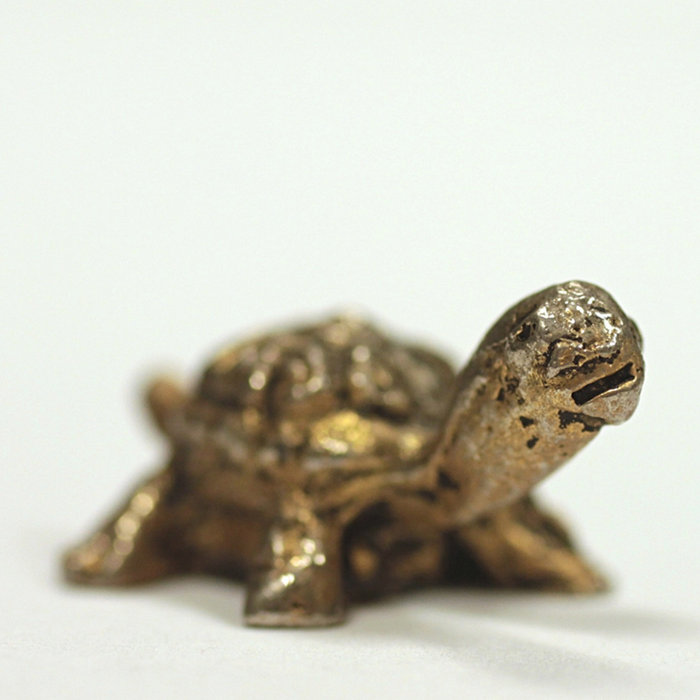 Andrulian An excellent study in minimalism, it's an absorbing album with subtle and intricate changes in rhythm and feel.

I really like how a few sounds are used to maximum effect, the 4 track provides the looping and polyrhythmic effects and effects such as delay and reverb are used sparsely but give a great sense of space.

The fifth release in Linear Obsessional's Cassette Imprint is this scintilating collection of pieces by the Texan musician Jeff Larson. Using his four-track recorder Larson piles up the simple phrases of his guitar into dense enveloping washes of juddering mesmerising sound. The results resemble to an extent the early minimalist experiments of the 1970's minimalists, but with an almost punky DIY texture and urgency.

All sounds are played by Jeff on Telecaster, DID DFX94 and recorded onto a Tascam 4-track in Houston TX.

Thanks to my brother Jerry for letting me abuse his guitar and amp, even if he didn't know that I was. NAM for the multitude of donated items, both musical and non (including the turtle)

Photography by A. Heyer

___________________________________________
REVIEWS
"From Texas, the guitarist Jeffrey Larson has patiently overdubbed his instrument using a four-track recording machine and now issues the results as 414: 4-track studies (LINEAR OBSESSIONAL RECORDINGS LOR116). Larson is far from a conventional guitarist, and right from the start of his career at high school, he would stick a fork in the strings (perhaps inspired by the metal rods of Lee Ranaldo) to attain non-normal noises, much to the consternation of his brother who owned the guitar. He also was fortunate enough to work in a second-hand store where he could indulge his magpie tendencies, salvaging parts from unwanted or discarded musical gear. I already have pictures of a healthy mini-junkyard of sound/noise objects accumulating in his bedroom; one major score was a vintage reverb unit from which he carefully extracted the spring just to see what made it tick.

What we hear on this tape, the fifth release on LOR’s relatively new cassette series, is the sound of his Telecaster subjected to various processing techniques, which to my untrained mind may have involved varispeeding, overdubs, loops, and backwards-tapes (however that technique is called in digital terms). While the above case histories may have led one to expect something rather noisy and unkempt, this music has quite a professional sheen, is expertly performed, and not too many bumps in the road; despite label notes claiming a “punky DIY texture” in the music, many tracks are more like a bedroom version of Frippertronics – which is actually a good avenue to be exploring. On the other hand, the opening track has a breathless rate and incredibly density of clustered notes that will endear it to fans of Rhys Chatham and Glenn Branca, almost as if Larson were trying to recreate a massed guitar orchestra all by himself in order to illustrate a point to a sceptical audience.

I might liken this to other recent solo-guitar processing types like Stereocilia, although Larson has more of an edge and aggression to his work. He also has a capacity to play complex runs with great precision, as though he was a human typewriter, not unlike Philip Glass arpeggios played at high speed and filtered through a rock sensibility. "
Ed Pinsent - The Sound Projector www.thesoundprojector.com/2019/05/26/music-in-similar-motion/

"An excellent study in minimalism, it’s an absorbing album with subtle and intricate changes in rhythm and feel.

I really like how a few sounds are used to maximum effect, the 4 track provides the looping and polyrhythmic layers and effects such as delay and reverb are used sparsely but give a great sense of space.

A plucked string, layered, has a kind or rolling or rattling feel. There’s subtle rhythmic shifts created by looping.

An urgency to the rhythm, subtle delay gives a real sense of space and subtle movement.

Evolving opening with reversed sounds, it’s a building melody with rhythmic elements. The sound is somewhere between an accordion and bagpipes with just an edge of tension.

A drone and looped / layered picked string riff creates an intricate rhythm that ebbs and flows with an urgency / tension created by the polyrhythms.

Guitar and synth are layered to create a subtly changing rhythm. the slide adds an excellent element of movement. "
Andrulian Blog - andrulianblog.wordpress.com/2019/10/03/review-of-414-4-track-studies-album-by-jeffrey-larson-on-linear-obsessional/